Sometimes the thought of renovating a home seems much easier than moving. But whether you’re undertaking a major restoration or a minor remodeling, what begins as a dream endeavor can quickly devolve into a nightmare.

Surprises may be lurking behind the walls and beneath the floorboards. Often, they can create a snowball effect where suddenly your initial project becomes an extreme (and expensive) home makeover straight out of a reality show.

The following home improvement mishaps are so extreme they may have homeowners asking themselves, “What have we done?” If it’s any consolation, at least they know they’re not alone. Instagram is filled with #renovationproblems that serve as cautionary tales. Take a look. 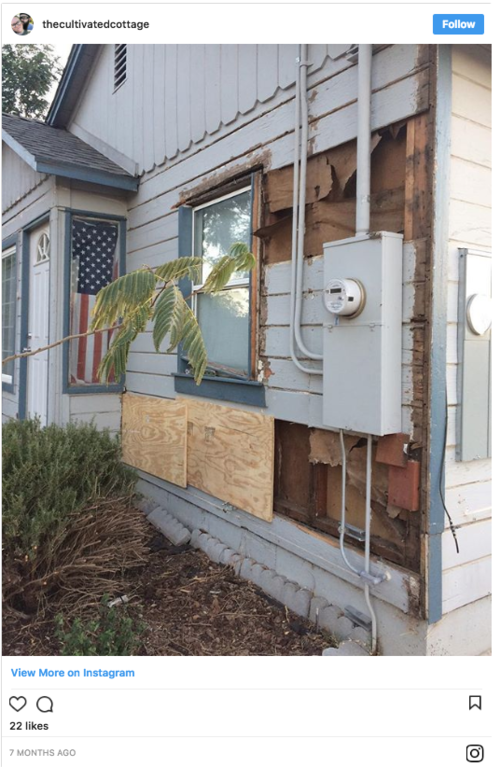 As some homeowners learn the hard way, not all contractors are created equal. These folks had their builder up and quit, leaving them with a very incomplete-looking home. But aesthetics aside, exposing wood like that is just opening up the house (literally) to a whole host of problems, from the elements damaging the wood to pests making their way inside. 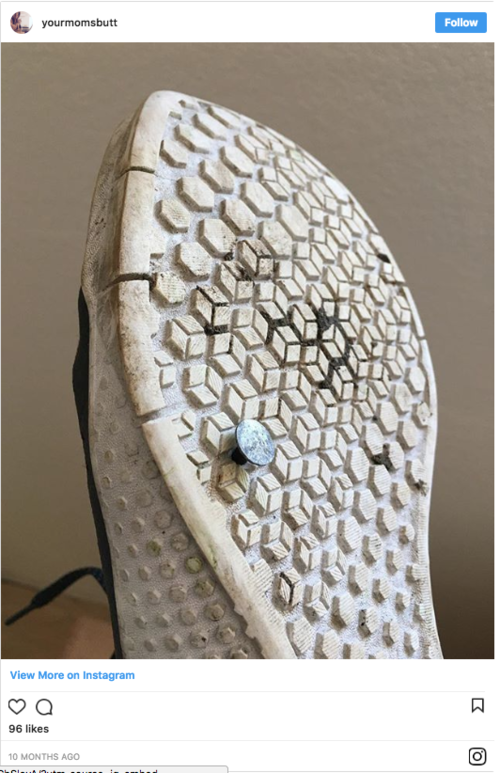 Even with shoes on, you still might not be immune from the hazards of hardware. Getting a nail in your foot will make you wonder if maybe you have a hole in your head for undertaking this project. You’ll definitely want to have your tetanus shots up to date in this case. 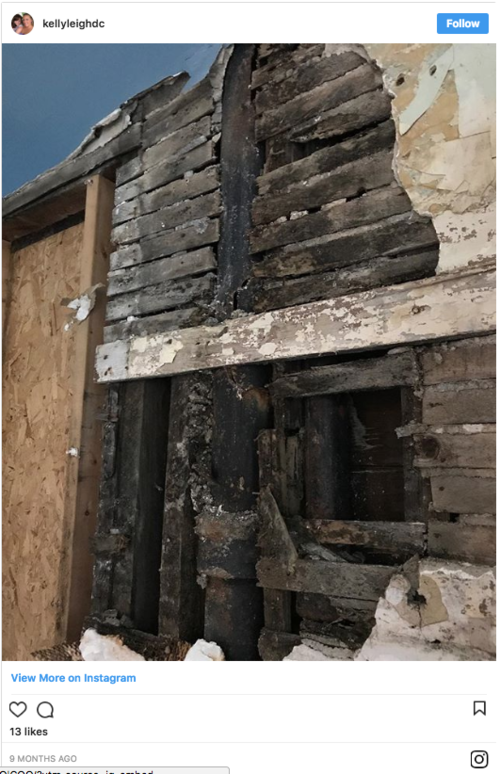 Many homeowners like to keep a safe and sterile distance between the kitchen and the bathroom. So it’s definitely unpleasant when you discover that you’ve had a plumbing issue that connects the two. You wouldn’t blame this gal if she’s not able to enjoy a meal at home any time soon!

4. Getting to the (very) bottom of the issue 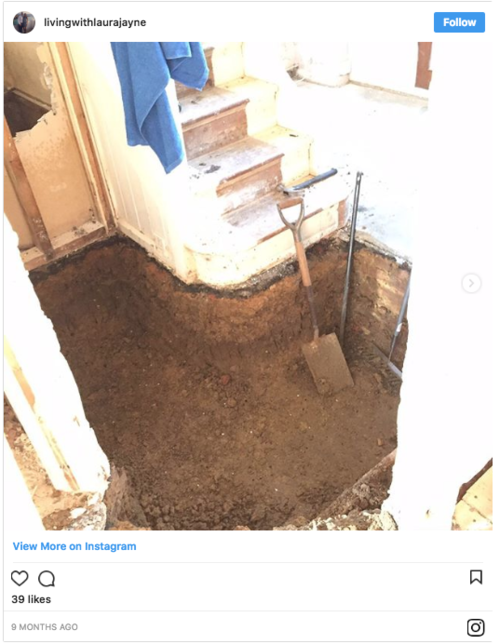 Of course this homeowner wanted to get to the source of that dip in the floor but it looks like knowing when to stop may be the real problem. Perhaps this is a sign he’d really like to put in an indoor swimming pool? Now that’s a home improvement!

5. Fix one issue, discover another 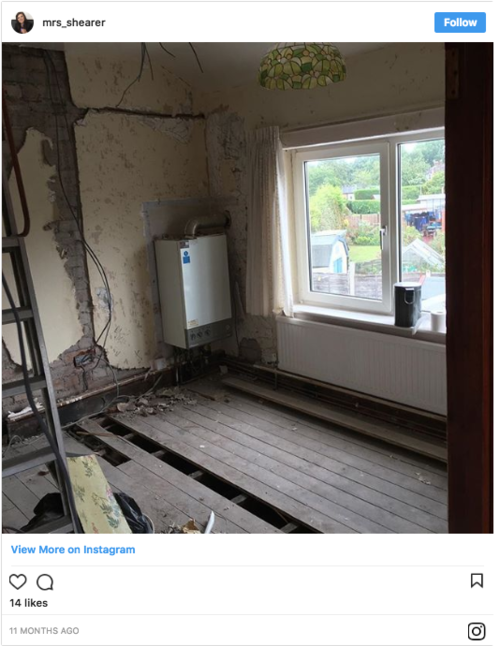 When you’re in the middle of a renovation sometimes it feels like the only surprises you uncover are bad ones. In other words, for every homeowner who stumbles upon an invaluable heirloom, there are dozens of others who find asbestos. Or, at least that’s how it feels when you fix one thing but then realize you’ve got another project that demands your immediate attention as this homeowner did. 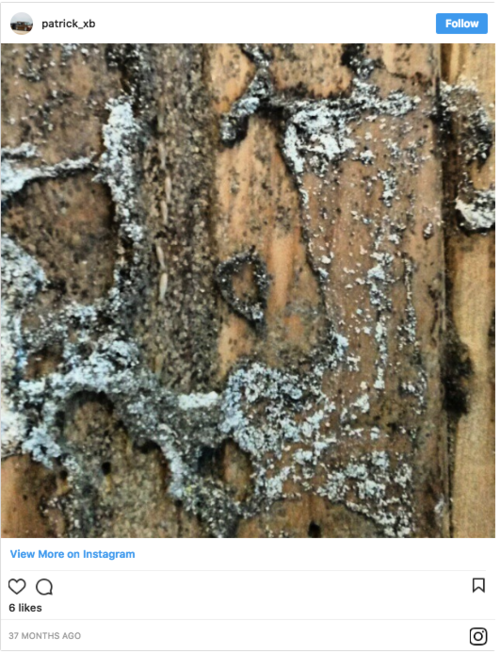 When you open up a wall, you may hold your breath and hope you don’t find anything creepy. These poor owners found creepy and crawling, just like something out of a horror film. This is one of those sights that it’s going to take a while to “unsee.” 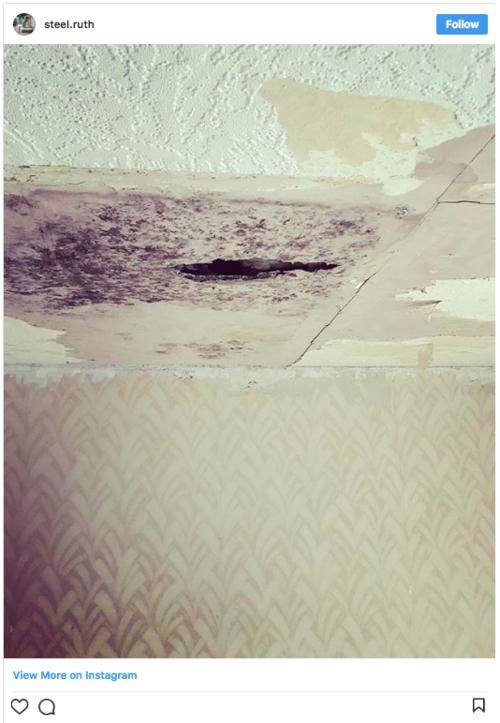 An opening in the ceiling is really only appealing when it involves a skylight. And while the hole itself is an issue here, it looks like there may be some other problems as well. Let’s hope, for the homeowner’s sake, that’s not mold we’re looking at. 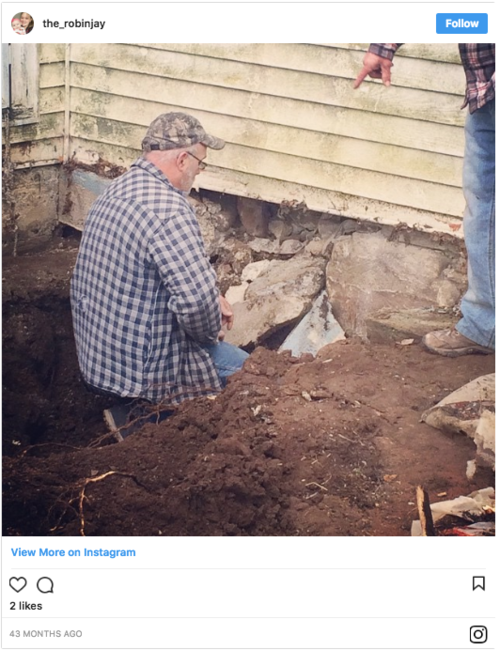 You don’t need to be a structural engineer to recognize that this foundation has some significant flaws. This project is off to a rocky start, no pun intended. It’s also not a great sign that this happened on the very first day. 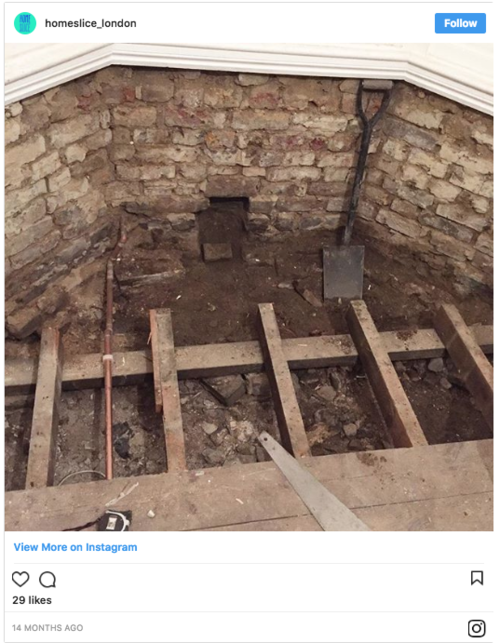 Dry rot is definitely not something you want to find at any stage of a renovation. This issue, in which wood decays because a species of fungi consumes it, actually isn’t “dry” at all, but rather results from too much moisture coming in contact with the wood. Unfortunately, this condition can lead to extensive and expensive repairs. 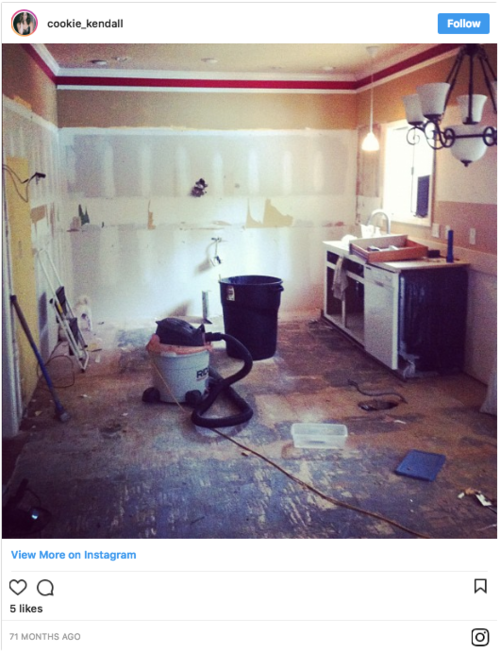 No doubt this kitchen will be beautiful when it’s finished, but this certainly looks like it could be challenging to live through this kitchen renovation. Hope they’ve got some friendly neighbors who’ll invite them over for a meal!

OMG…Hope This Doesn’t Happen With Your New Build 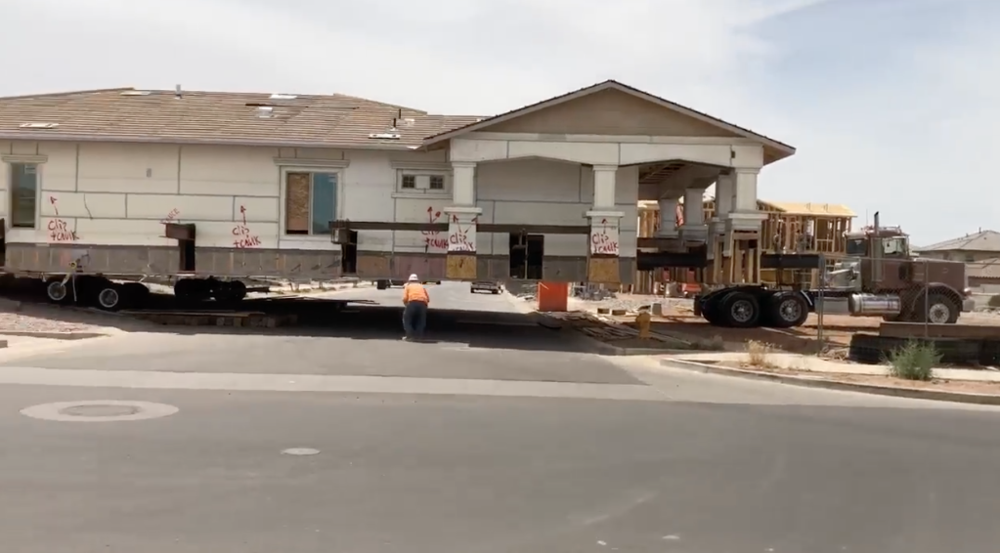 I thought I had seen it all until I witnessed this! Yep, this house had to be picked up and moved across the street because of a BIG error. The builder ended up putting the house WAY to close to the fence on one side. So close that the neighbors could high five! Word is that the builder is taking care of the buyers and making it right thankfully.

My thoughts…how does this get that far to where they just noticed the issue? Just looking at it I could have told you it was too far over. If they had a New Build Ninja checking on their home regularly the issue may have been intercepted earlier.

Anyway..random thought of the day. If you were the buyer, would you continue with the purchase? I’m wondering how many times the truck will have to back up and move over to line up the home perfectly.

The inventory levels are rising but not as quickly as the temperatures are as we approach summer.  March 2018 inventory levels were the lowest we’ve seen in while and new build contracts have skyrocketed due to the low inventory of resale homes.

Selling a home?  Better get the sign in the yard soon.  As we approach the summer months things tend to slow down a little.  Get your home on the market now so you can vacation in July like everyone else!   Call 480-250-0023 and ask for Katie!

Scottsdale Oasis in the Desert – Home for Sale in Scottsdale